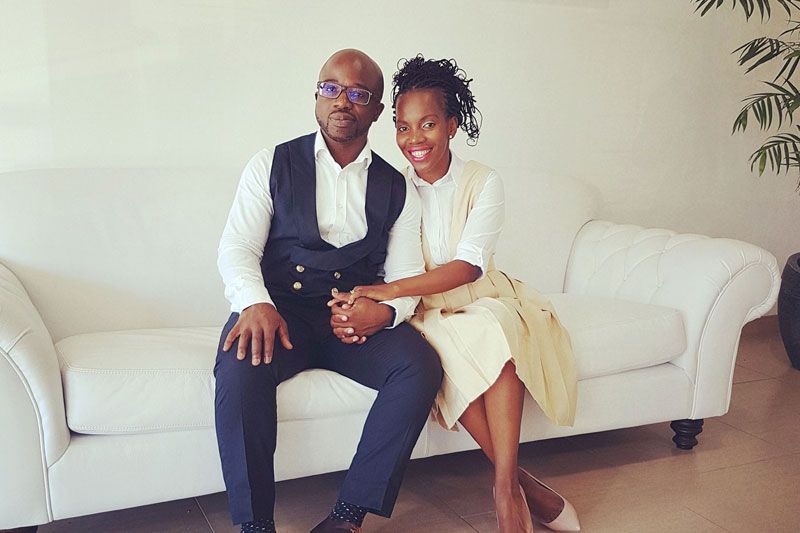 This is often one of the most difficult issues to deal with in marriage. Many marriages have either been destroyed or have been prevented from reaching their true potential, as a result of an unwillingness to forgive. In this edition, we reflect on this important issue and see how Lwazi & Soso have dealt with it.

I have learnt, over the last 11 years of being married, to the wonderful human being called Soso, that at any given time one needs to be ready to forgive, in order that the health of the marriage may be maintained, to the benefit of both partners.

Just yesterday my wife needed a change of shoes, as the new ones she was wearing were becoming uncomfortable and she still had to get on stage and sing in the second service at our church. I was supposed to bring these, from home, during the interval separating the two services. Well, I brought the shoes from home, but failed to take them to her before the second service started because I got sidetracked.

So you can imagine how I panicked when I heard her singing already on stage and it was too late to get the shoes to her. I am sure you know how unbearable it can be to walk around in uncomfortable shoes. I just began to imagine the tongue lashing I would get, not to mention the unbearable possibility of being denied a scrumptious Sunday lunch. I began to intercede in prayer at that very point because the Bible says that the Lord is an ever present help in times of trouble.

To my surprise she gave me a signal, from the stage, that it was ok….with a smile nogal. Talk about a close call. Soso could have chosen to be upset about the whole thing, which would have lead to a very tense afternoon, accompanied by periods of tongue lashing & quite times, but no, she decided to forgive me.
This might seem like a insignificant incident but it quite often happens that fights between spouses start off on a small scale but very quickly escalate beyond that.

Marriage therefore requires a mindset to forgive. The ability to forgive your spouse communicates love. it is evidence of a position that says, “I value you beyond what you have done. I distinguish between the act and the actor.” Forgiveness breaks the power of the enemy. It shuts his mouth and renders him redundant because he loses his ammunition to attack the marriage through unforgiveness.

There has been instances in my life, more serious then the one above, when I have wronged my wife and done things that harmed our marriage. Her choice to forgive me, in those instances, reinforced my perception of her love for me and made me want to change my ways. It reinforced, in my mind, that she was worthy of love.

There at at least three reasons why I consider it necessary to have a mindset to forgive, in marriage.

Firstly, the reality is that everyone is prone to making mistakes. Nobody is perfect. Therefore it becomes important to bare this in mind, when your spouse has wronged you. Be mindful that your days to err will also come and that you will also expect grace to be extended to you. Lets be clear, however, that I do not encourage abuse of this grace. There is a difference between an individual that genuinely erred and one who is continuously being negligent or intentional in the wrongdoing. The latter behaviour could be symptomatic of a deeper issue which might require counseling to resolve.

Secondly, it is difficult to move to the next level of your relationship if you have not forgiven your spouse. The unforgiveness will always be a stumbling block that will stump your growth and potential as a couple. I have found that it is important to have the correct perspective on these matters. One should always respond and not react. Reaction is emotion driven, whereby one shoots from the hip without considering the full picture. When you react you can fall into the trap of making permanent decisions in a temporary situation. Responding is the ability to deal with the situation in a balanced way. Taking time to carefully think things through, take into account all available data and thereafter make a rational decision.

Lastly, I have learnt, with the benefit of experience, that what may seem like a mountain of an issue at the moment it presents itself, fades into a molehill with time. So one needs to deal with the issue properly and then decide to move on. I have often found that when I have forgiven and released Lwazi our marriage has emerged stronger and more mature than before. Especially when he has displayed a genuine change.

So your marriage gains power with forgiveness. An inability to forgive cripples and weakens your marriage. So you have to have a mindset that says, whatever he or she has done, I am going to forgive him or her. You must set your mind now and not hope that you will be able to do that in the future, when emotions are charged and tempers flare. Whilst one can later say sorry, harmful words spoken in anger may be hard to erase. This may lead to unintended consequences.

What is clear is that marriage is serious business. The level of self-sacrifice required is of a very high order. That is why I am convinced that you can never have a solid life-giving marriage without God. You need that extra dimension; that advantage or you are not going make it.